Classical Chinese medical texts and medical records have multiple references to epidemic febrile diseases that exerted heavy burdens on Chinese populations throughout the ages. Because of the large impact of these pathogens, serious observational science went into crafting theories to understand these epidemics and then care was used to create herbal formulas to manage these epidemics, as well as less virulent pathogens like the common cold and flu.

The Origins of Chinese Medicine
The early classics of medicine (e.g. Huang Di Nei Jing, Nan Jing, Shang Han Lun, about 200 B.C.-220 A.D.) credited epidemic diseases to the invasion of the body by pathogenic cold and wind, classifying them as "cold damage disorders". This was essentially the origin of Chinese medical culture as we know it. Starting in the colder northern regions, they aimed to manage colds and flus which can be deadly if not treated properly. With the Shang Han Lun or Treatise on Cold Damage Disorders (written sometime before 220 AD) by Zhang Zhongjing, the "cold damage disorder" theory evolved into highly effective clinical principles regarding these environmental attacks. Considered invisible but dangerous material from the outside, these disorders usually entered the body in the form of 6 potential stages, with the internal health of the patient determining if the disease, here possibly a cold or flu, might move more quickly.

Chinese Herbal Formulas
Much like we see in colds and flu now, one can often manage it by monitoring severity of symptoms and its aggression or latency. However, Chinese medicine crafted complicated antiviral, antibiotic and antimicrobial as well as immuno-modulating herbal formulas to help stop these disorders. These formulas from the Shang Han Lun work so well they are still used today all over the world. It is considered one of the greatest texts in herbal medicine, certainly in East Asia to this day (although as time moves on, many other classics now exist). Thus, while the common cold and flu are dangerous, Chinese medicine feels that if many more of us used the herbal formulas that have worked for them - and which are taken at the very first sign of trouble, and while practicing a healthy lifestyle, that many more people's lives would be spared in the winter.

Warm & Cold Epidemics
With the creation of the "School of Warm Diseases" (Qing Dynasty, 1644-1911), a new concept of epidemic diseases emerged: distinction between "warm diseases" and "cold damage disorders", role of a warm "epidemic (or pestilential) qi" or "epidemic toxin" in their occurrence, body invasion through the mouth and nose, high contagiousness, specificity of the epidemic qi according to the species (human or animal) and the nature of the epidemic disease. This is a result of Chinese culture and the kingdoms moving into the warmer and tropical regions, dealing with malaria and other very different and highly dangerous diseases. They recognized cold and flu formulas do not work in these cases and things were dire at times. These attacks are not stages like in cold disease theory, they fold into one of 4 stages and the disease was viewed as being able to move right into the deepest stage and are much more problematic if they get out of hand, thus they are more likely to turn into difficult to control and treat epidemics.

Chinese physicians are a heroic sort and before these theories were understood doctors would go to villages and observe the people and issues. In fact according to John Chen (PharmD, LAc, and scholar), classical Chinese physicians noted in writing that something "invisible to the senses is being passed between the people" a full 600 years before Western medicine would accept germ theory. When they found a formula that was working to help, they would inscribe them on stone in the villages so the people and local doctors could have something they couldn't lose or forget to get them started managing these epidemics. In fact, the Nobel prize for medicine was awarded a few years back to a modern Chinese biologist who also studies classical Chinese herbal medicine. Her findings came from isolating one of the compounds used in an herbal formula from in these older classical combinations.

What is coronavirus in terms of Chinese medicine theory?
It is worth noting in light of these theories that I have some colleagues working in China modern day and dealing with coronavirus, and they sent over translated herbal formulas to let us know what Chinese medicine is currently using against this epidemic. Based on signs and symptoms, they do consider it a potential Warm disease, but it presents symptomatically like a Cold disease, which means it is unique and also more aggressive and dangerous than expected if it gets out of hand. The climate (living in a warm or cold place) of the disease does not matter. What matters is how the disorder presents through a patient's collective symptomology. That being said, besides taking the herbs they would recommend for this disorder, observing the general rules for not passing germs and not exhausting your internal capacity to fight them back are important.

Many traditional Chinese herbs and formulas have helped China manage the over 300 epidemics they have endured over a 2,000 year span of time. It is important to note the while we wait for either a vaccine or herd immunity (60-80% of us contract coronavirus and develop antibodies to this strain), and no one knows exactly how to treat coronavirus, that traditional herbs are being used in China to help the symptoms associated with being ill with upper respiratory disorders. Be sure to maximize care for your immunity as a strong defense. 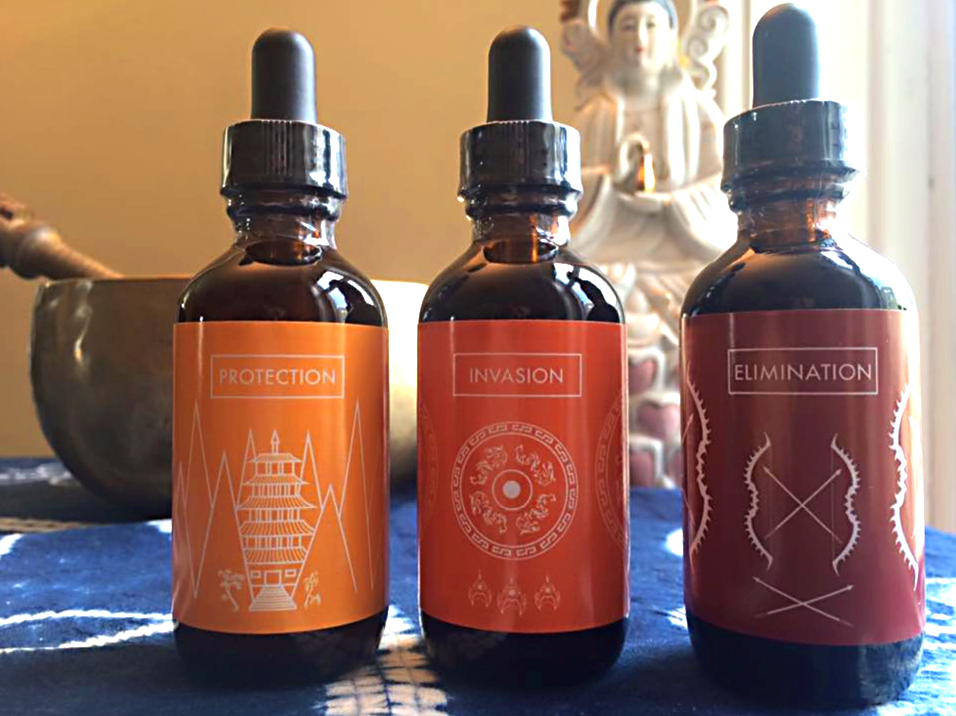